The winters in central Ohio are usually not harsh but their dreariness more than makes up for it. Now, being in a position where we don’t have to, we see little reason to endure the gray dampness so we look to sunnier and warmer climes. Florida is usually our destination and the two months spent in the various state parks end up being a true celebration of nature.

Whether on foot or in the canoe most days are filled with anticipation at what we might experience or see. Some days are more rewarding than others but we’re never disappointed. One bird that never fails to enchant us with it’s whimsical behavior is the Black-necked Stilt. We’ve found them to be fairly common in the fresh water areas we frequent, particularly as we travel further south in Florida. The pictures below were taken at Myakka River SP walking along the river or from the canoe. 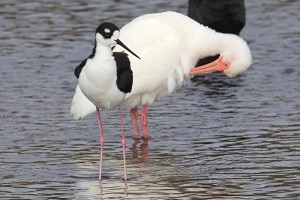 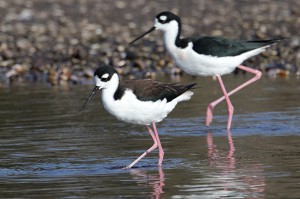 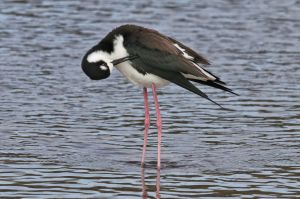 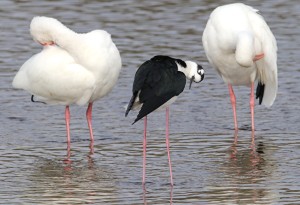 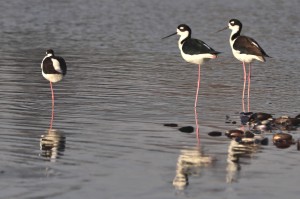 With all that’s going on in the world right now it was nice to have an opportunity to look back at pictures of such a beautiful bird. It’s hoped that, after a brief visit, followers of this blog will leave with a smile.

We go through our lives with the illusion of control when all we can ever do is celebrate the moment.

← What Are They Eating?
A Feast For The Gulls →