Early spring wildflowers in late March and early April continue to enchant us. In some wooded areas flowers almost cover the the forest floor. Spring is not new experience in our lives but every year with it comes a renewed sense of wonder. Recently, during a hike at Battelle Darby Creek Metro Park a bonus was seeing a very small butterfly and it was one we had never seen before. Adding to the joy of looking at wildflowers is the reward gained trying different angles, light, and compositions as we try to capture their unique beauty. A meditation of something fast passing.

A cardinal sings as we look for wildflowers.

In the last few days hiking the trails at Battelle Darby Creek MP, as well as a few other locations in central Ohio, our search has been rewarded.

To complete the enchantment as we made our way back to the trailhead we spotted a tiny dark and seldom seen butterfly. It was a Henry’s Elfin and a new butterfly for us. It uses redbud as a host plant and is an early spring species.

Each time we enter the spring woods it offers us something new. The season’s gift of which we never tire.

From time to time during our walks close to home we see a rare bird. Two days ago we were excited to see an American Kestrel in an undeveloped area south of Duranceaux Park which is located on the west side of Griggs Reservoir. A particular treat as this small falcon has been in decline in recent years. As with many birds this is most likely due to the destruction of suitable habit. In years past, when more time was spent bicycling Ohio’s quiet rural roads, this small robin size bird was seen on a regular basis, sometimes in the middle of a “lunch” consisting of a field mouse, but always taking flight from the roadside power lines before one could get very close. If not perched, they were often seen hovering over an adjacent field waiting to pounce on unsuspecting prey. 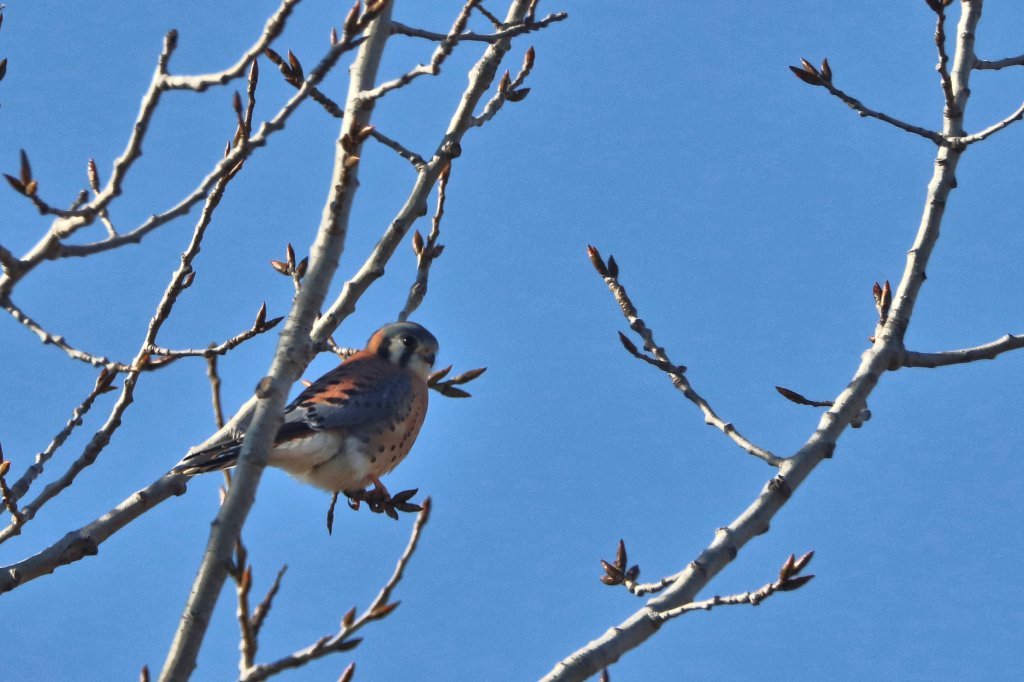 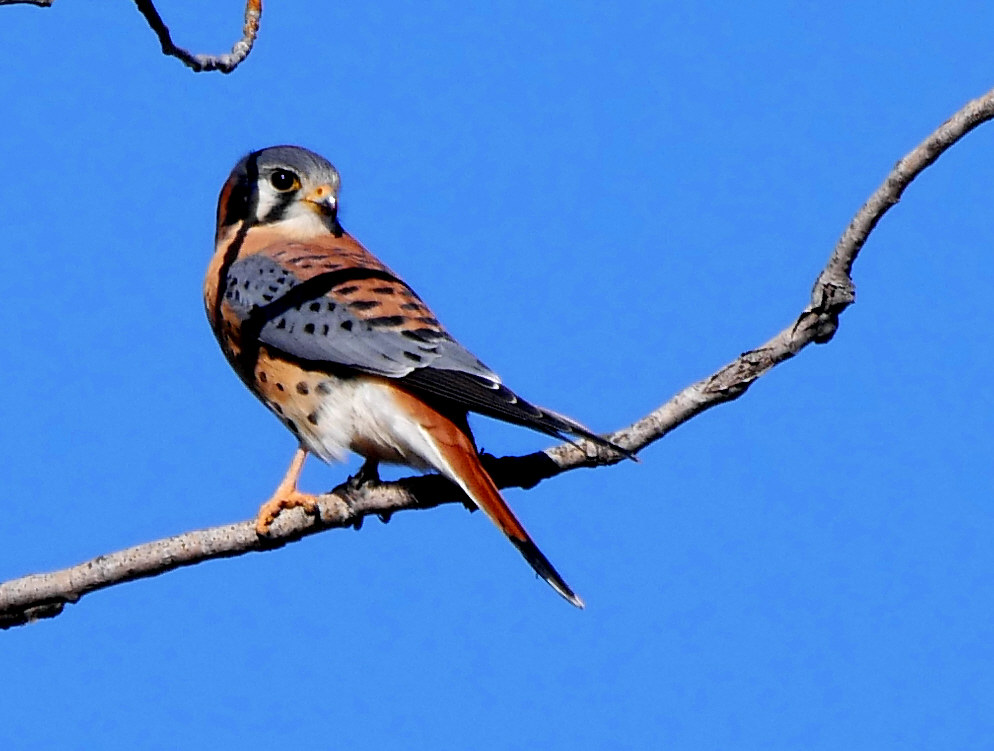 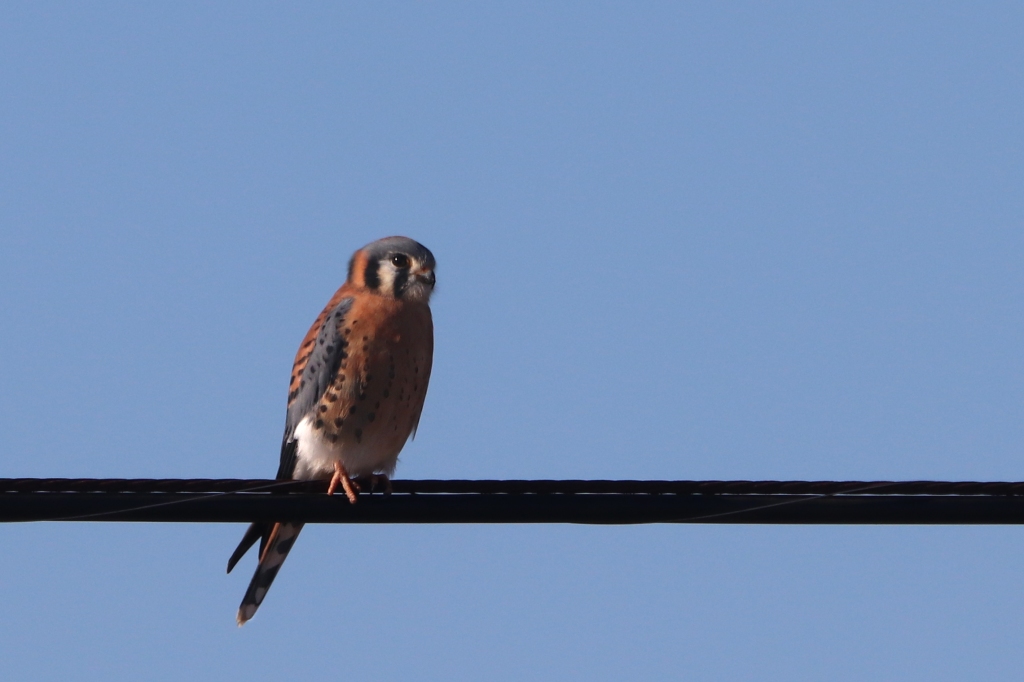 Much more common than the American Kestrel, a number of Red-tailed Hawks have been seen recently. 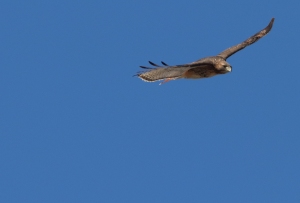 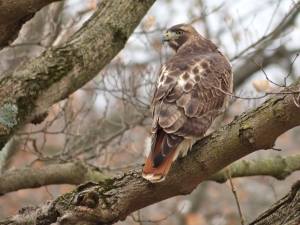 Some of the more usual suspects have also graced us with their presence, providing an affirmation that much is well with the world. We’re endlessly fascinated by their behavior as they go about the day making a living in the trees and low lying brush of Griggs Reservoir Park. 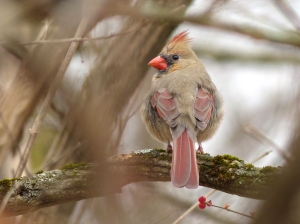 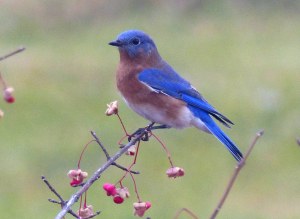 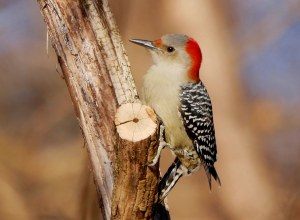 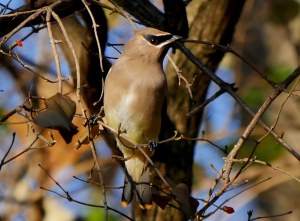 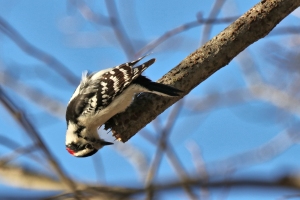 During this stark, seemingly lifeless, time of year it’s not always easy to be optimistic about what will be seen when heading into the woods. But even in December’s landscape we seldom return home with empty hearts.