Warm days, now noticeably shorter, are giving way to colder nights with the landscape increasingly graced with the colors of autumn in Ohio. During the past couple of weeks we’ve made a concerted effort to look for birds passing through Griggs Reservoir Park on their southern migration. We’ve avoiding the temptation to travel further afield thinking it would be fun just to see what is or isn’t passing through our “neighborhood”. There have been reports of birds that have eluded us, such as the Blackpoll and Yellow-throated Warbler, but all in all the effort has been rewarding. 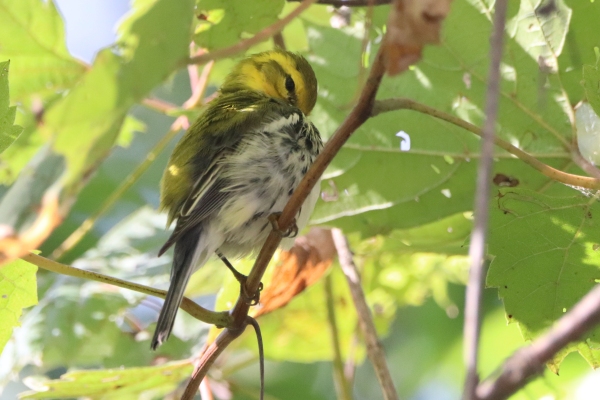 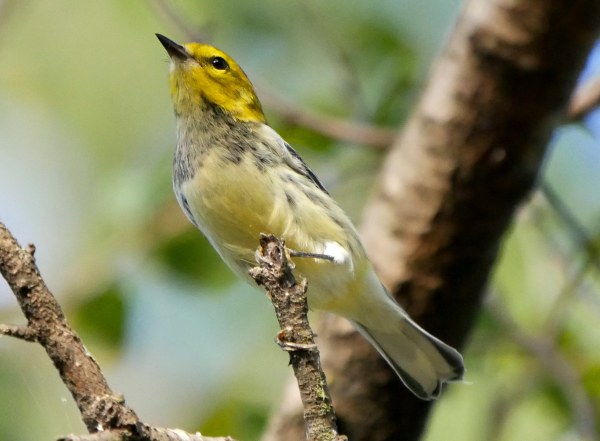 Only one Cape May Warbler was seen:

A fair number of Northern Parula Warblers were spotted:

This Yellow-throated Vireo is not sure he wants to eat a stink bug:

We had only one sighting of a Black-throated Blue Warbler:

Good enough to ID the bird but that’s it. 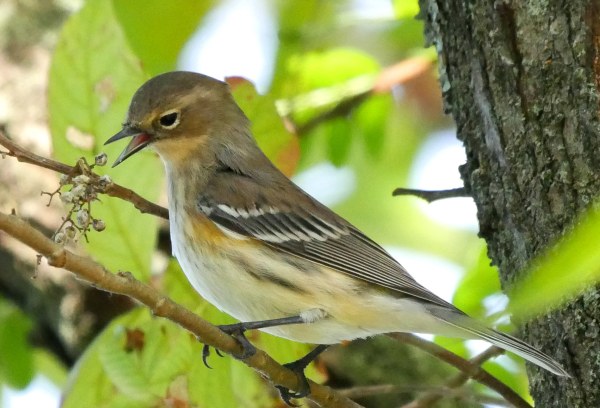 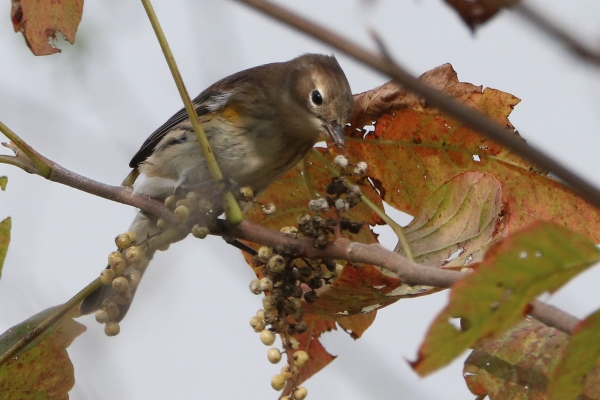 A Nashville Warbler was also part of the mix: 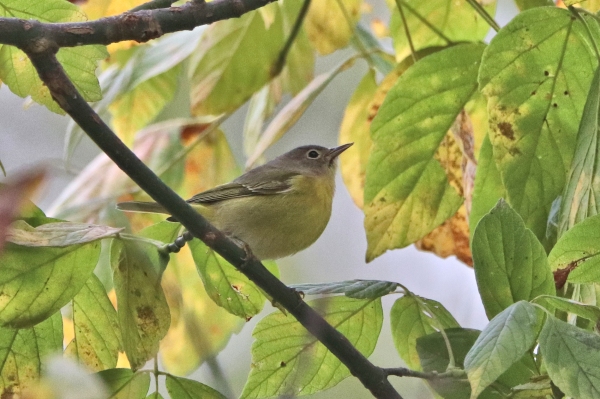 One Ruby-crowned Kinglet tries it’s best to hide while another jumps right out and poses. To date more kinglets have been heard than seen. 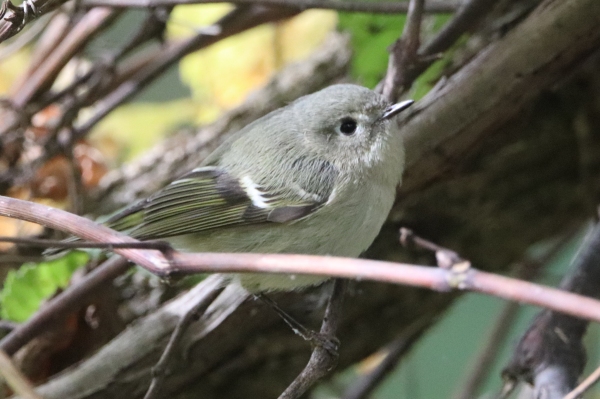 Contrasting with last year, this has not been a good year for seeing Black-crowned Herons on the reservoir. However, on a resent paddle we were rewarded:

While looking for warblers a group of very active Blue Birds was hard to ignore: 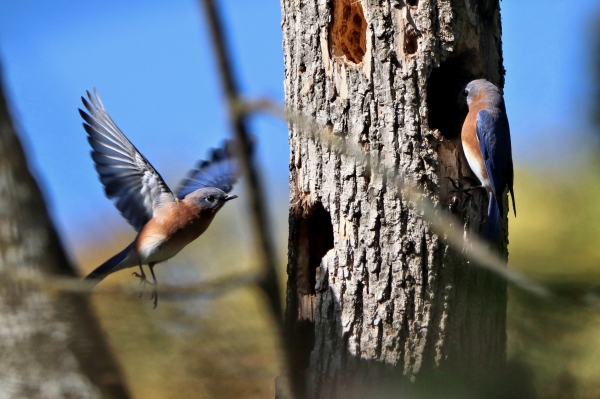 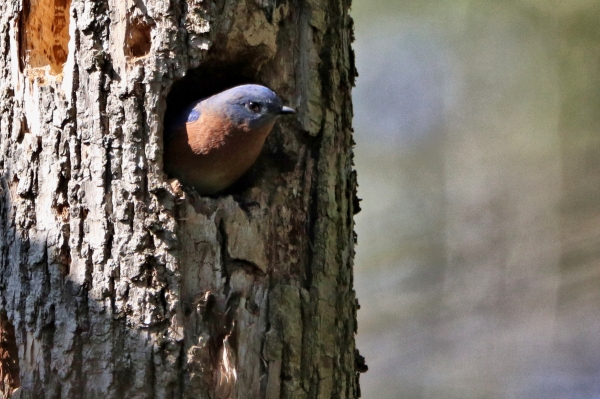 A young male Wood Duck has been hanging around the park for the last couple of weeks. By it’s association with a group of mallards it appears to think it’s one: 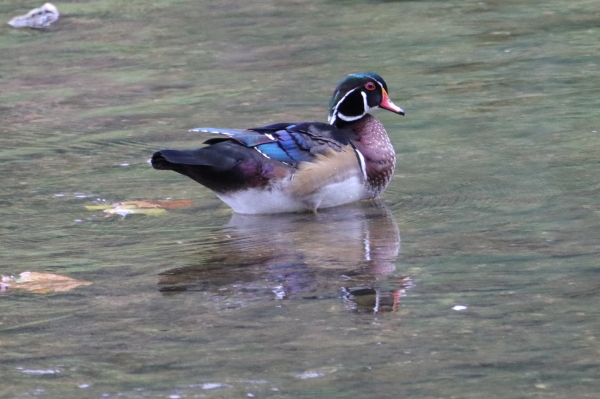 We would be remiss if we didn’t acknowledge some of the other birds that have fascinated us while we looked for fall migrants.

An immature Red-tailed Hawk seemed curious about what we were up to.

Something has this Juvenile Red-bellied Woodpecker’s attention, (Donna).

A Mallard Duck, bathed in autumn light, swims across the reservoir.

A pair of Northern Flickers, (Donna). 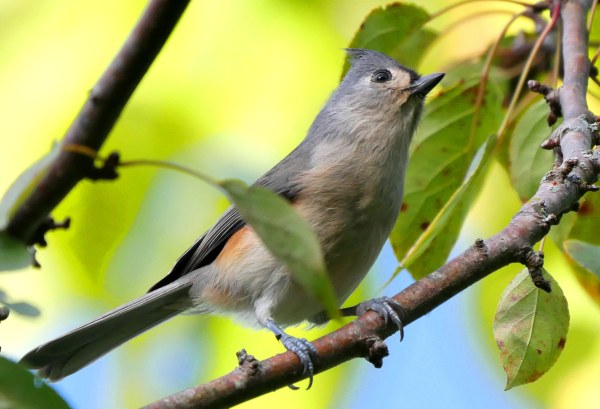 A Tufted Titmouse acts cute like titmouse do, (Donna). 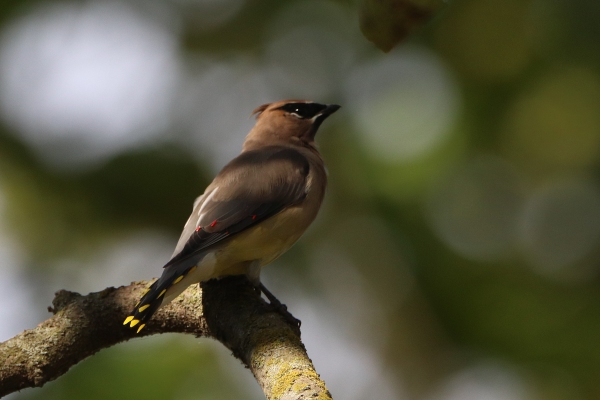 One of the many Cedar Waxwings seen in the park in recent weeks. 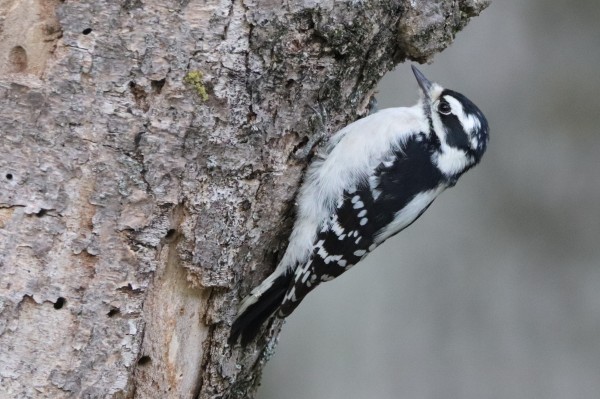 A female Downy Woodpecker poses for a picture.

A Great Blue Heron strikes a graceful pose along the Scioto River, (Donna).

This Blue Jay has quite a mouthful, (Donna).

It’s a dark gray rainy morning as I finish writing this so it’s hard to imagine what nature will offer in the coming days and this is the time of year when things tend to wind down. However, if past experience is any indication, it will only take another walk in the woods to again experience the magic. Thanks for stopping by.