Almost no matter where you travel the diversity of birds found can’t help but inspire a feeling of awe. For us this feeling has been heightened by the many hours spent observing bird behavior in their various habitats.

The Hillsborough River in Florida is a great place to observe birds by canoe.

To the casual observer many birds will be seen and then quickly dismissed with the thought, “another little brown bird” or if it’s something spectacular, “that’s a cool bird!” The birds in this post will get the attention of even the most casual observer. For us they are endlessly fascinating.

In doing a little research on the Roseate Spoonbill, the only spoonbill found in Florida, we were surprised to find that it is a member of a family of spoonbills including the: Eurasian spoonbill, Black-faced spoonbill, African spoonbill, Royal spoonbill, and Yellow-billed Spoonbill. The spoonbills curious feeding technique involves moving it’s partially open bill from side to side in shallow water until something edible is detected and then closing the “trap”.  As can be seen from some of the shots below the appearance of males in breeding plumage can be striking. 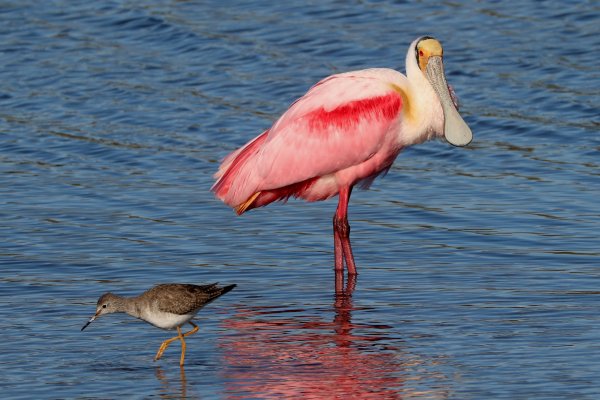 Spoonbill and a Lesser Yellowlegs. 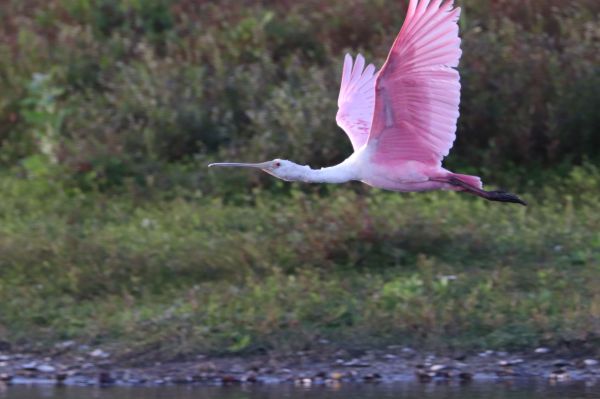 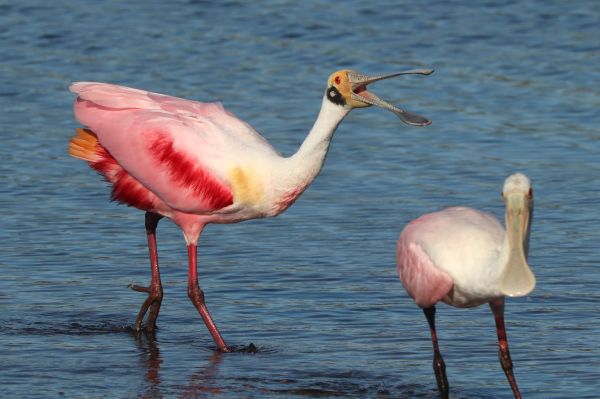 Beautiful from any angle!

The Brown Pelican is another bird commonly seen in Florida, most often near saltwater. It’s easy to dismiss when compared it to it’s larger cousin the White Pelican but a closer look reveals it’s unique beauty. Like a large tern, we often see them plunging into to water after prey with some impact and a large splash. 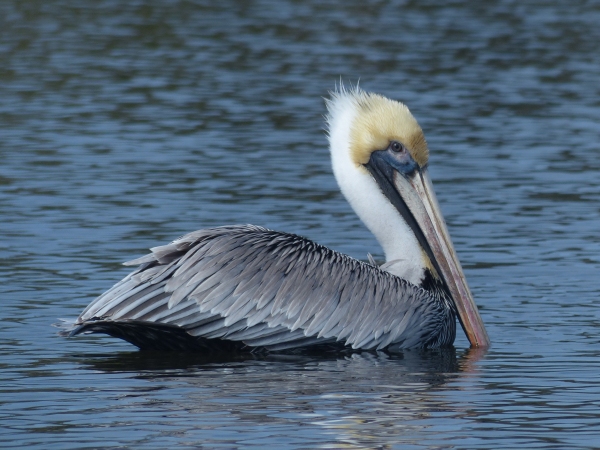 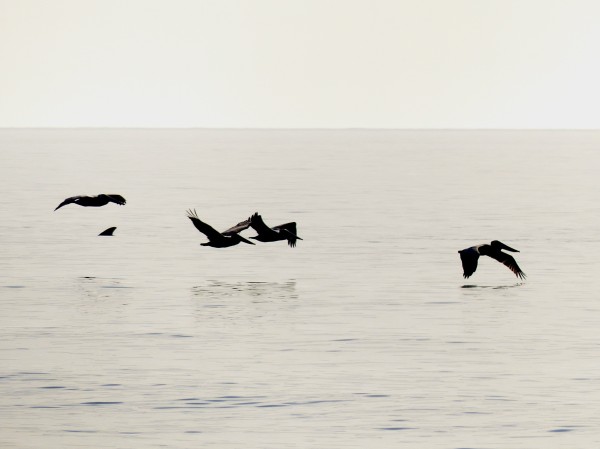 In flight the White Pelican is arguably the most majestic and beautiful bird we see. Flying in formation, their large size gives the impression of a graceful slow motion aerial dance. 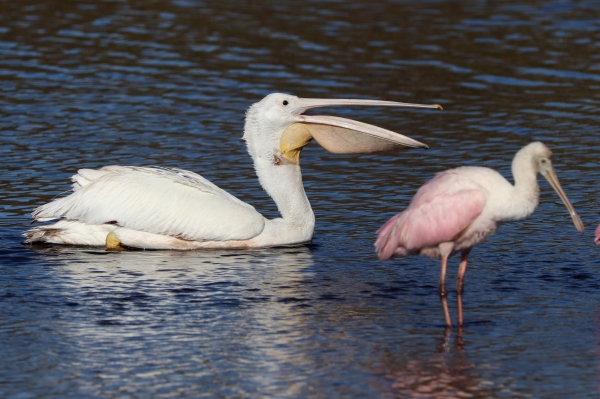 A size comparison between a White Pelican and a spoonbill. The spoonbill is not a small bird!

White Pelicans gather in shallow water. Note the size of the one brown pelican in the picture.

One pelican, apparently with no great effort, comes up with quite a mouthful while the others not seeming to care continue to preen. It took quite some time to get the fish properly orientated and then swallowed. 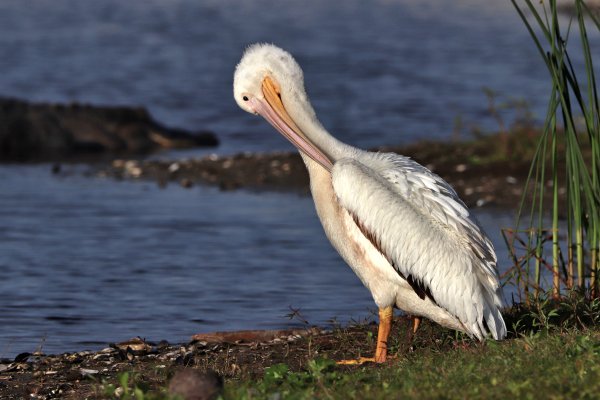 Gators and pelicans are often in close proximity.

Unlike the beauty of the much smaller birds such as warblers, no binoculars or special equipment is required to appreciate spoonbills and pelicans. They are a gift of nature to us all.