A few days ago while fishing I was fortunate to see two Black-crowned Night Herons. Such a sighting is always a treat in Ohio as, unlike Great Blue Herons, they are only found in a few isolated locations with Griggs Reservoir being one. As you might expect most of their activity is a night so during the day they are usually found perched quietly in trees at waters edge. 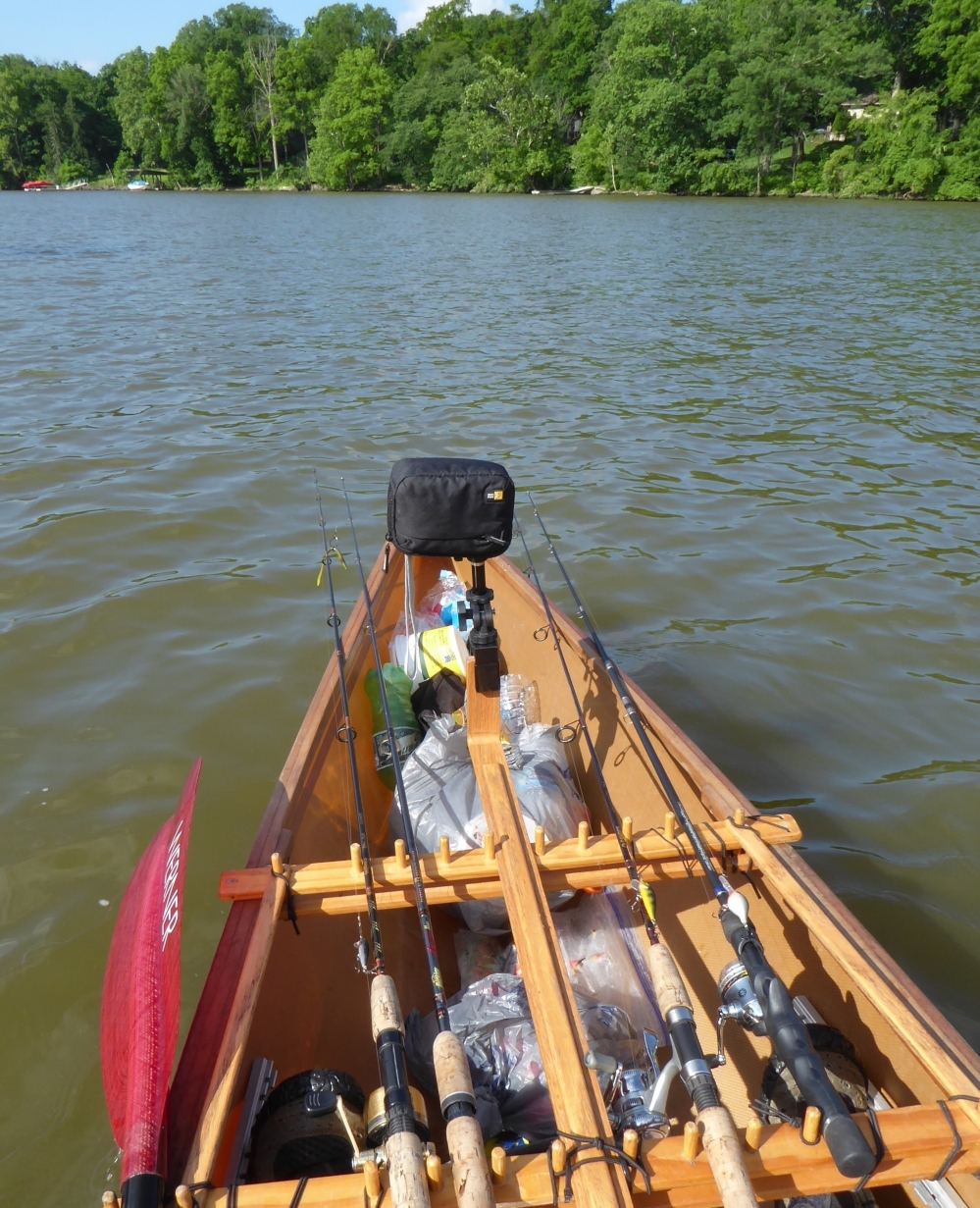 Fishing rig for the reservoir. 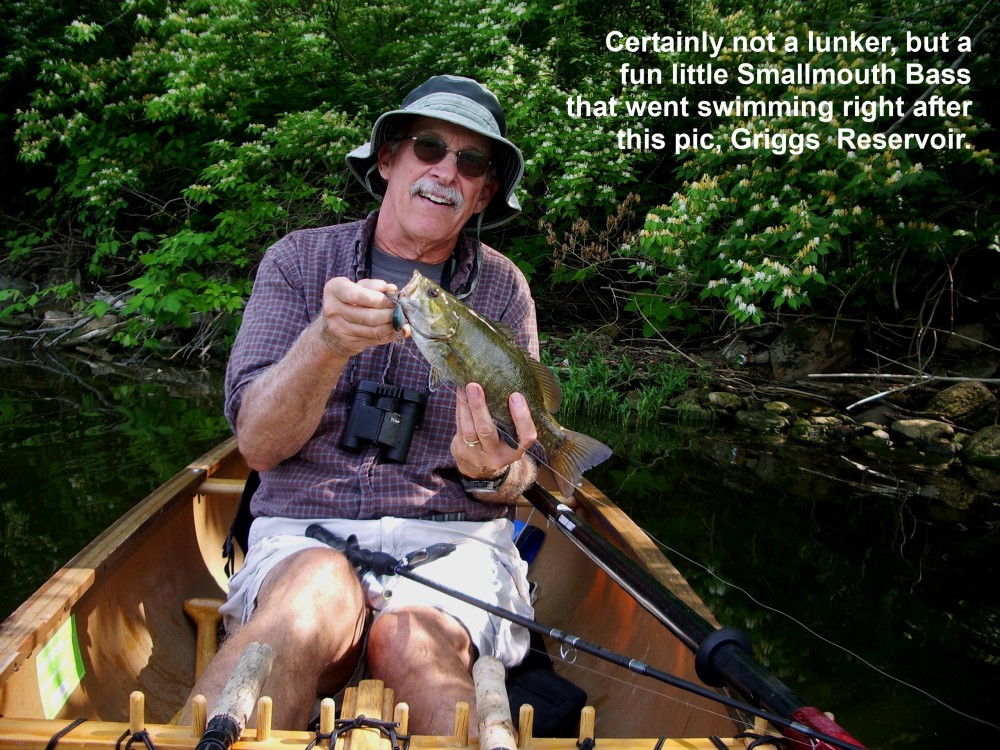 Given my good fortune the day before, my wife expressed the desire to do a paddle, bird camera in hand, with the express goal of seeing and perhaps photographing the herons. Of course as most birders know there is an element of uncertainty to these endeavors. After eight miles of paddling no Black-crowned Night Herons were seen much less photographed but as is often the case other things made up for it. 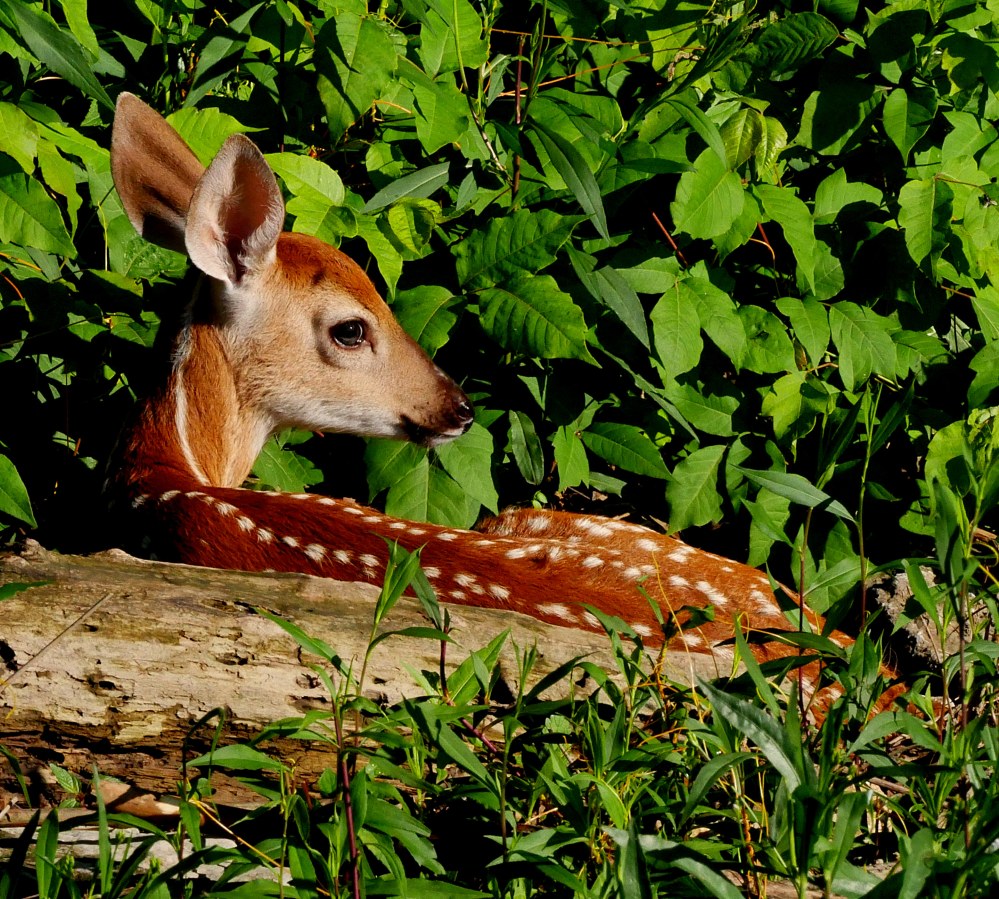 As I moved the canoe closer a very young White Tail fawn at waters edge tries to remain unnoticed, (Donna). 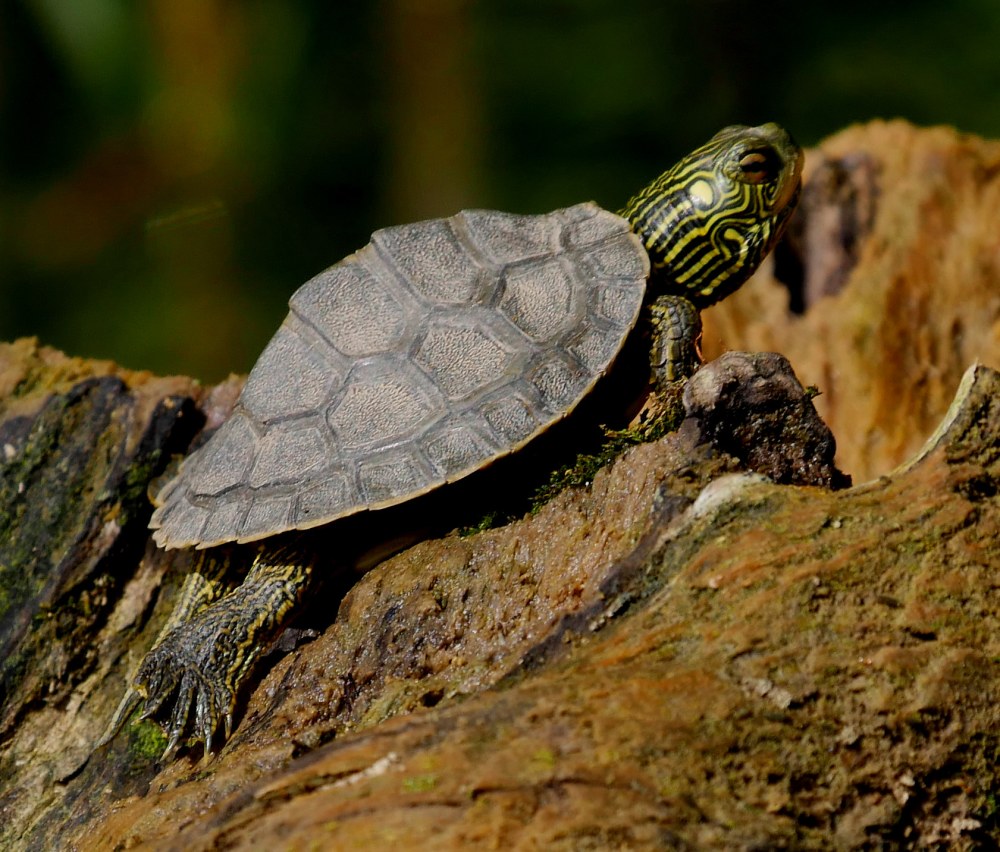 An also very young Map Turtle, about the size of a fifty cent piece, enjoys the morning sun, (Donna).

We catch a rare glimpse of a female wood slinking along the shore with young ones. Usually by the time we get this close they’ve scattered. An outcome we try to avoid, (Donna). 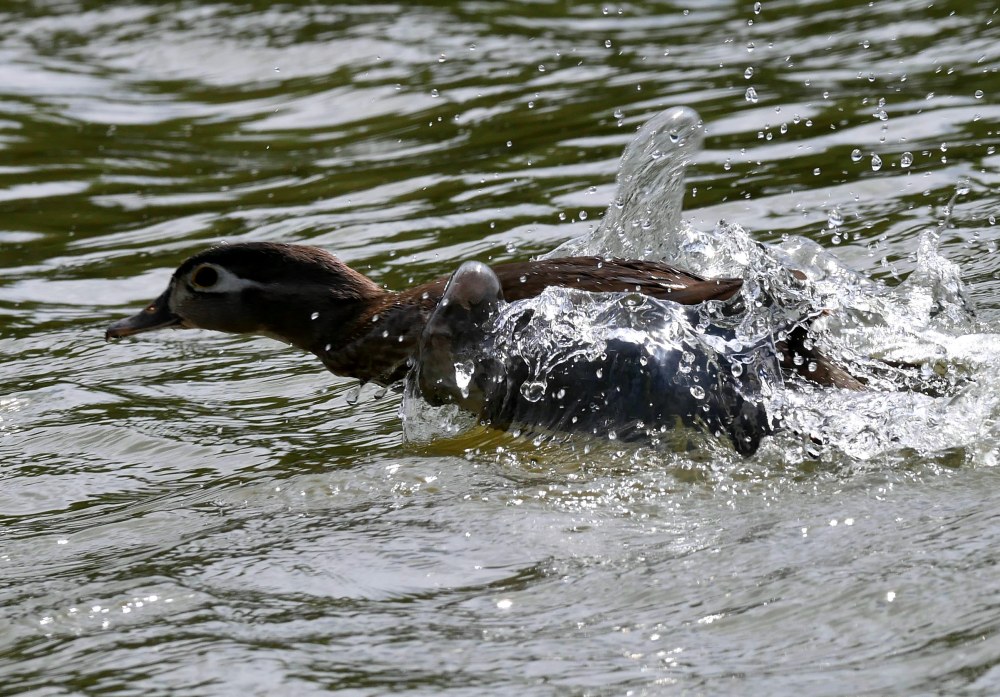 Typical evasive “wounded” maneuver by a female with young when you get too close, (Donna). 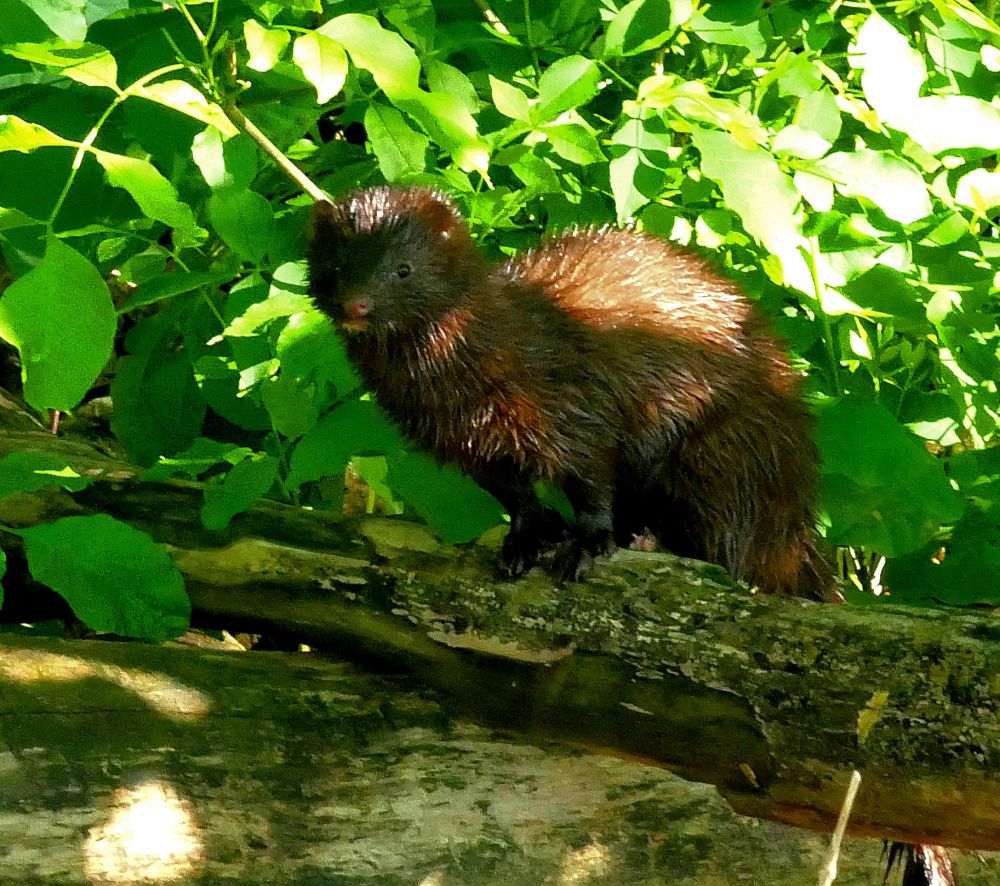 In a second he was gone but that was all the time my wife needed to catch this Mink. Pretty exciting as it had been a while since we’d seen one, (Donna). 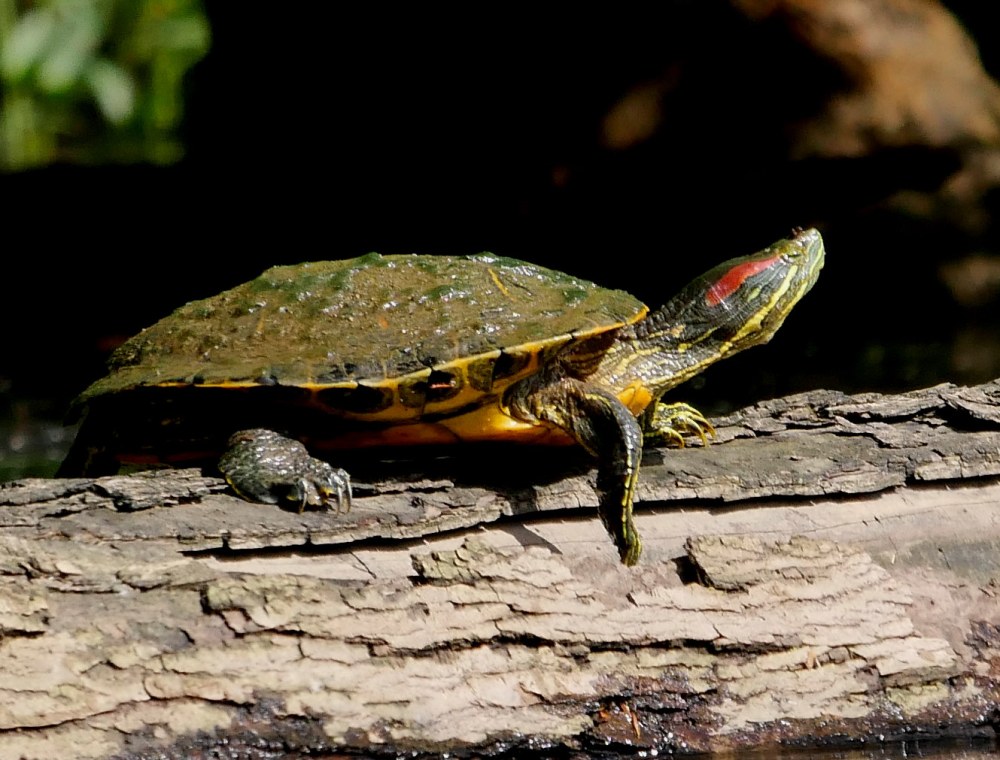 A Red-eared Slider poses for a picture. It may now be more common in the reservoir than the Map Turtle, (Donna). 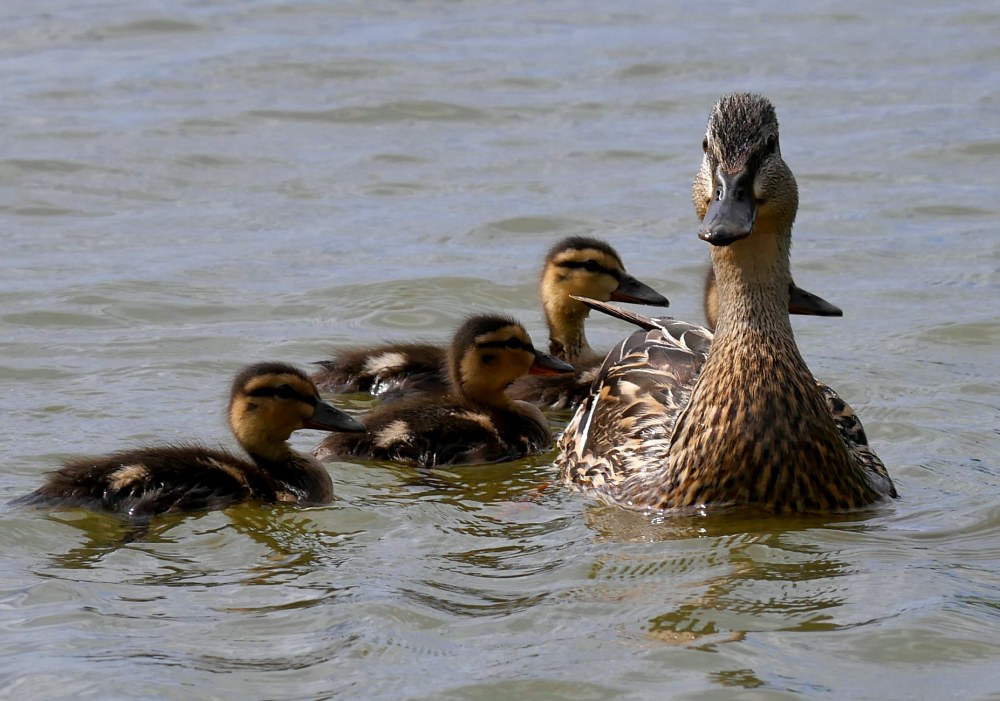 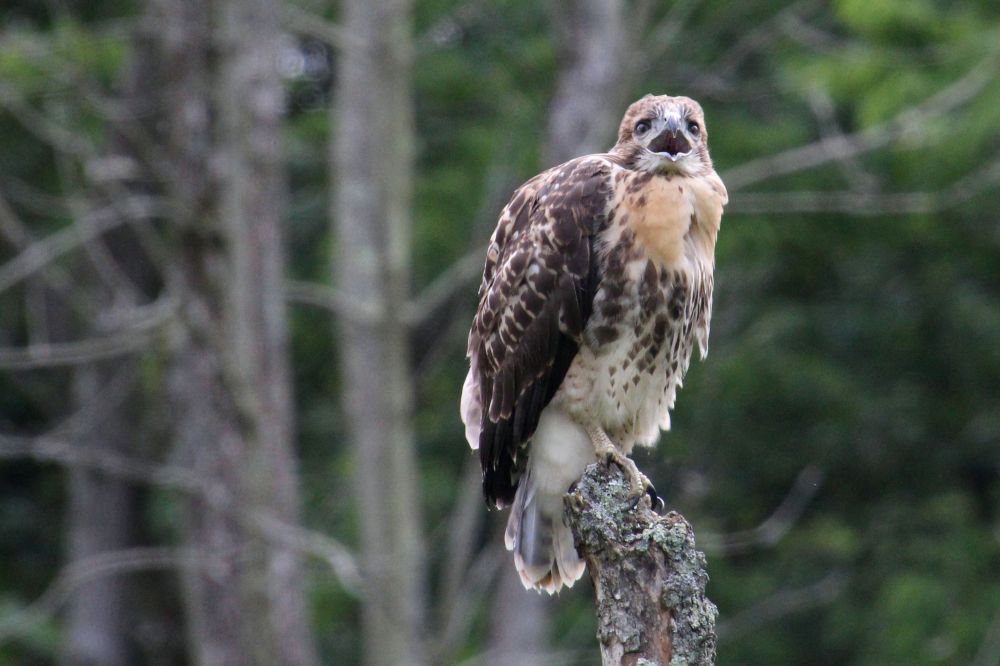 Like all youngsters this immature Red-tailed Hawk was making a lot of noise, demanding to be noticed.

Given the number of nesting boxes Prothonotary Warblers are certainly not rare in central Ohio. However, whenever we find one “setting up housekeeping” in a natural tree cavity it’s particularly exciting. Such was the case with the below female at the north end of Griggs. 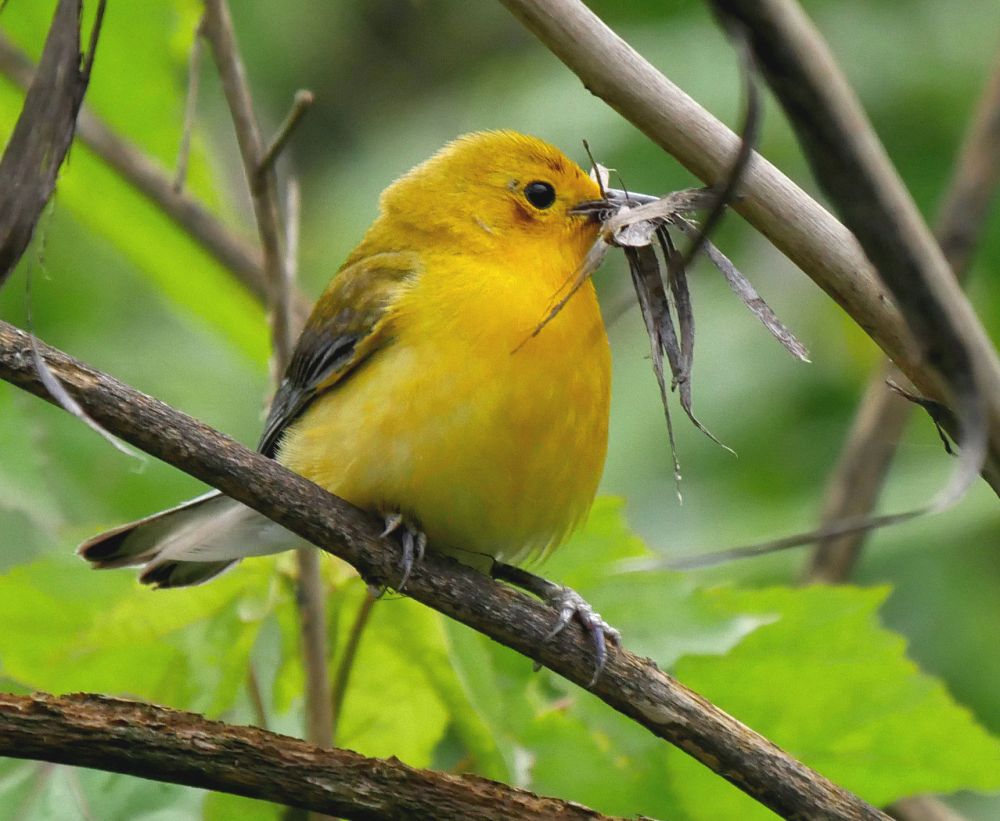 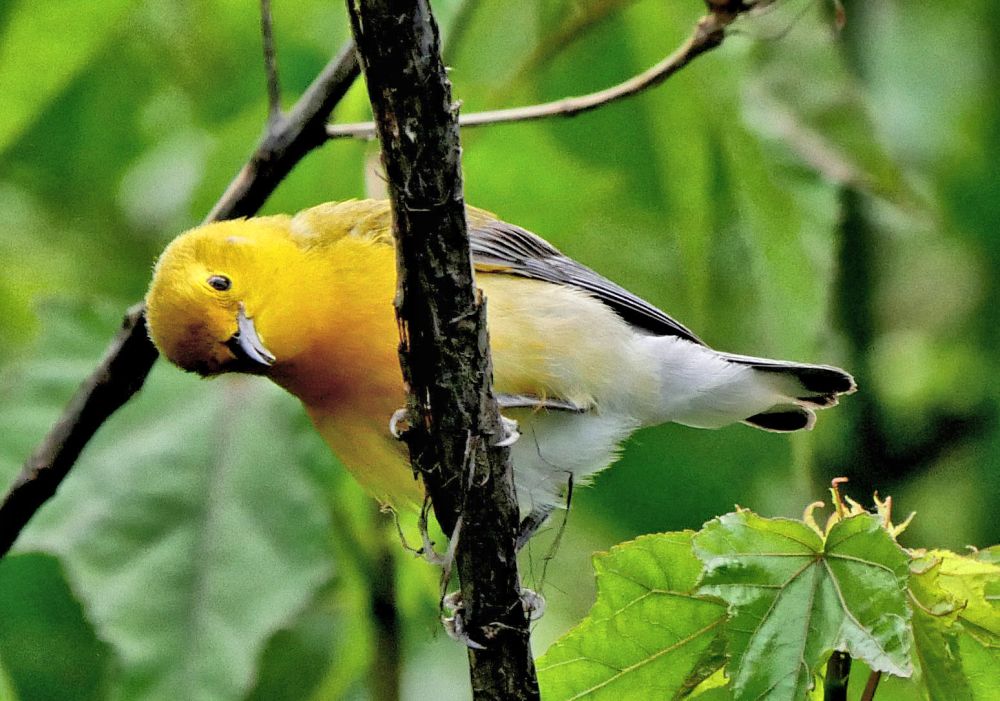 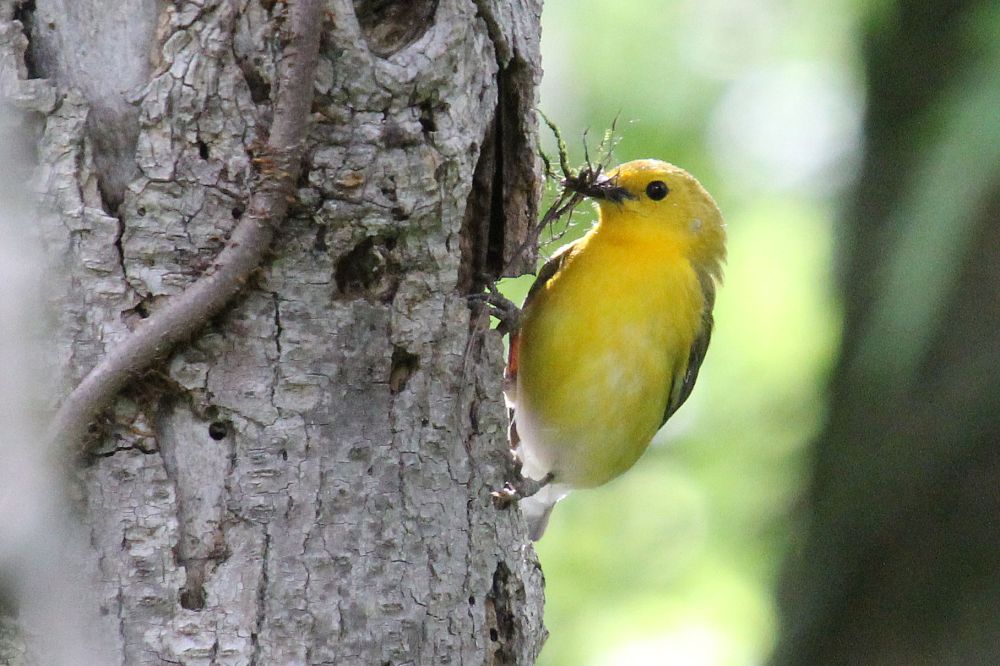 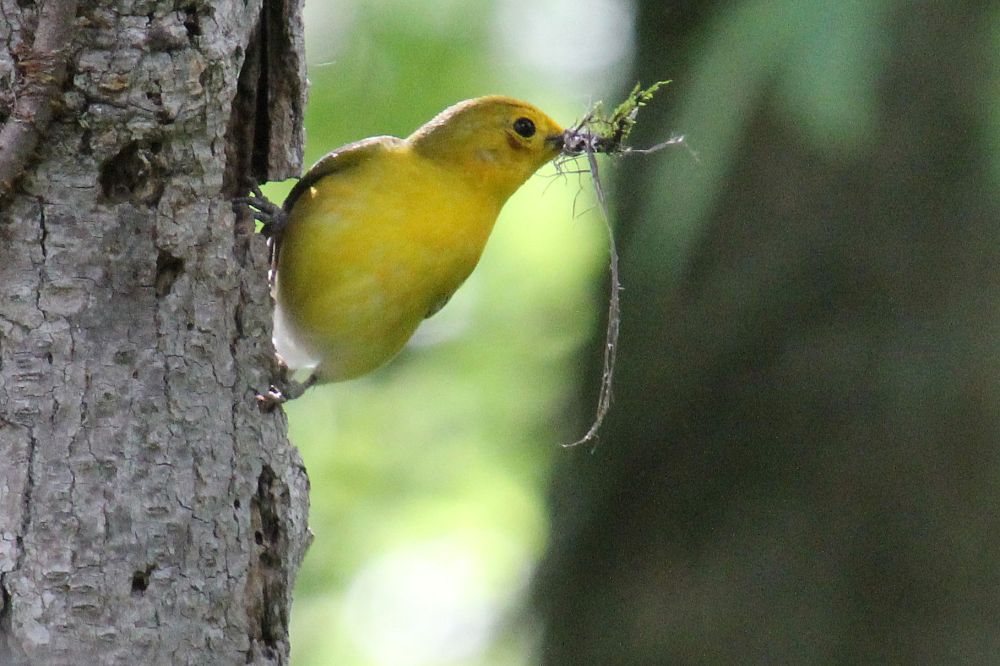 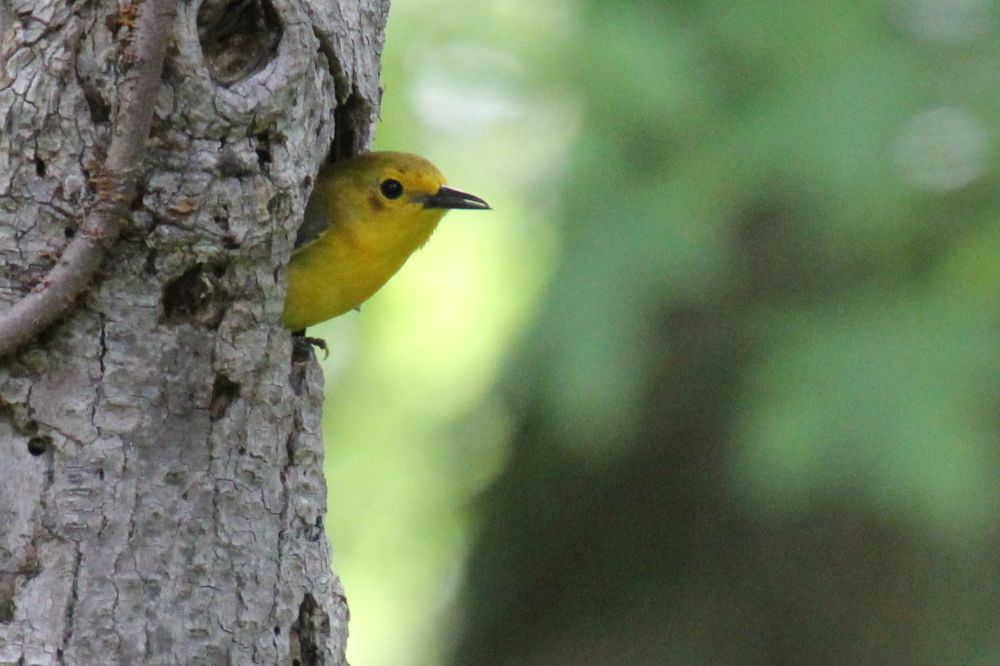 We were almost to the 161 bridge and Kiwanis Riverway Park when we saw the prothonotary and usually go just a little further before turning for the journey home. However, on this particular day it was hard to imagine what would be discovered that would top that already seen so with a fair breeze off our stern we somewhat reluctantly pointed the bow south and headed home. A wonderful way to finish the day.

Thanks for stopping by

← Late May At Cedar Bog, a Celebration of Biodiversity
A Quiet Walk In The Park →

5 Comments on “An Early June Paddle On Griggs Reservoir”