When younger one of my greatest joys was running trails in the various area parks and experiencing the exhilaration as my body rose to the challenge of each new hill or greater distance. Blame it on the aches and pains of age, overuse, or maybe just wanting something more out of the experience, but at some point trail running wasn’t as enjoyable so I started to walk when in the woods. Sometimes I walked fast, but often a little slower not worrying as much about getting a “workout”. It wasn’t long before I started seeing things I hadn’t noticed before and often found myself stopping for a better look. At first, armed with only a little curiosity, I did so impatiently, wanting to keep moving. But gradually, the more I looked the more was noticed; relationships and interconnections, certain butterflies liked certain plants, some birds were usually found in the treetops, others on the ground, and some somewhere in between. Some birds passed through very briefly in spring and fall while others appeared to hang around all year.  There were unique spring, summer, and fall wildflowers. Nothing was forever, flowers faded, plants died, hawks ate squirrels, storms downed once admired stately trees, but through it all there was always new life.

Aware of their interconnectedness, the plants, animals, and insects seen became more interesting, and then they, as well as the experience of being in nature, became almost magical. There was apparently a lot more going on than I ever realized when running. Slowly, rather than being “inner-directed” and worrying about “breathing and pulse rate”, I became “outer-directed”. A feeling of being part of something much bigger than myself, or even humankind, started to develop. Before long a feeling of oneness with “that bigger something” would embrace me while walking through the woods or paddling a lake or river. But also a heightened awareness arose that, like the “stately tree”, I was not here forever. I had been given a gift that allowed me, for a very brief moment of seemingly insignificant time, to look, listen, smell, and touch the wonder of it all.

So on that note, the following pictures of things seen in nature over the last few days are offered as a merger celebration of this brief moment in time.

The Baltimore Orioles have arrived to nest along the Scioto River and Griggs Reservoir. 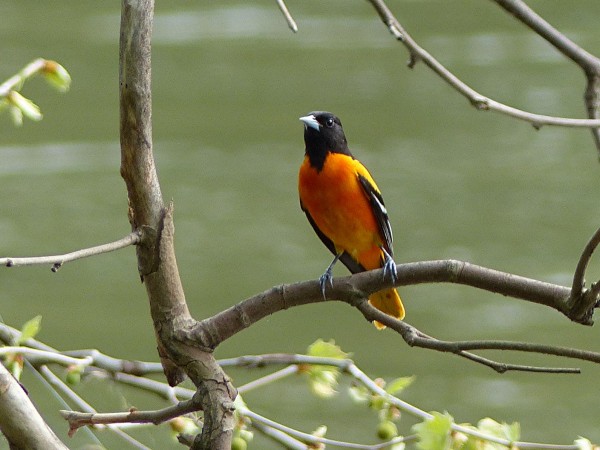 Another lone male along the Scioto. The males are often seen chasing each other this time of year.

Paddling on Griggs Reservoir it’s hard not to notice that the Wild Columbine is in bloom along the low but rocky cliffs of reservoir’s east shore. 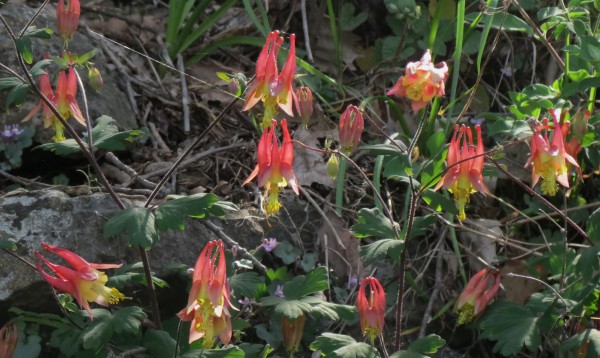 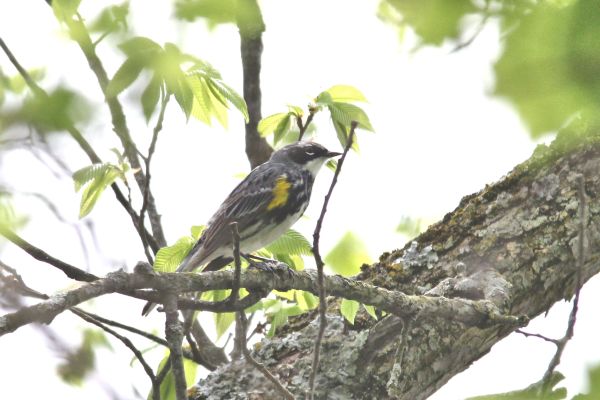 High in a Sycamore the first Great Crested Flycatcher of the year is seen. It will probably nest along Griggs Reservoir.

A whimsical year round resident, this Carolina Wren shows off it’s prize.

Palm warblers are common in the spring and fall along Griggs Reservoir.

Also on it’s way further north a Nashville Warbler forages at the edge of the Scioto River. Not a bird we often see.

As it searches for higher ground a Northern Water Snake is seen along the rain swollen Scioto River. 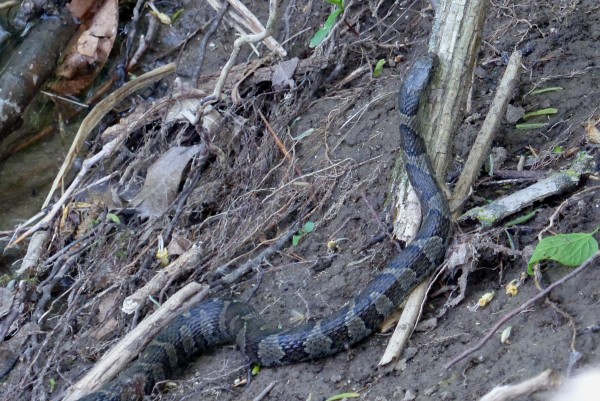 A “turtle family” doesn’t seem to mind the high water. 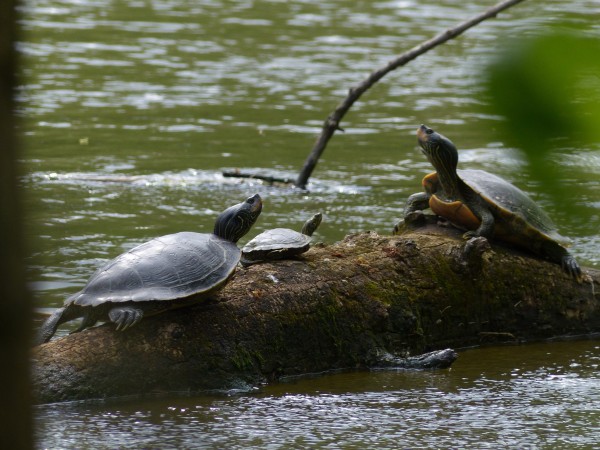 Red-eared Sliders along the Scioto, (Donna).

Trying to locate a warbler we sometimes have a sense we’re being watched. 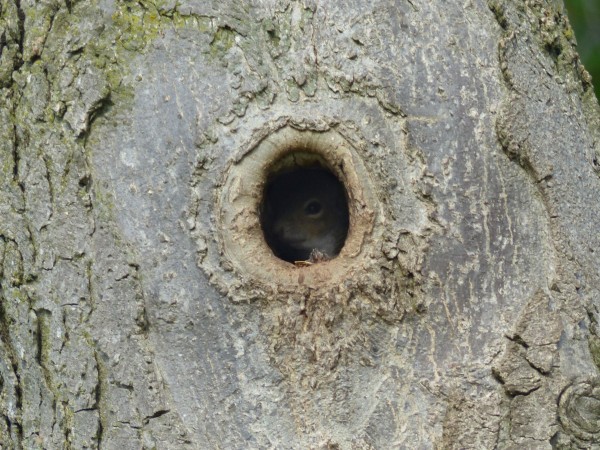 We hope that in the past few days your adventures in nature have been as rewarding as ours. Thanks for stopping by.

7 Comments on “Walking Not Running”