We’ve been busy documenting nature’s summer in central Ohio. If you are fascinated by insects this is your time of year but be prepared to look closely. The summer heat has done little to discourage the wildflowers which in a shout of color announce their presence. The below shots were taken along Griggs Reservoir and Battelle Darby Creek Metro Park. I hope they put you in a summer kind of mood.

Path to the water, Griggs Park

Luna Moth on our house.

Hope you enjoyed this summer celebration of nature in central Ohio. Thanks for stopping by.

A Little East of Columbus, The Dingle Way and Killarney Natl Park, Ireland

Recently we found ourselves in exploring the Dingle Way and Killarney Natl Park with our friends Dave and Teresa. We did a lot of walking but were rewarded with much beauty both in scenery as well as the people we met along the way. The photos are what came my way as each day unfolded. At times I found myself wishing for different light or weather conditions but had to work with what I was given. In addition to the following photos, below is a Flickr link that you may glance at should you feel so inclined. It does a better job of chronicling our trip.

Due to the length of the hikes and weather considerations all shots were taken with either a Canon SX260 or a Panasonic ZS50.

Most westerly tip of the Dingle Peninsula near Duinquin

View from the trail west end of the Dingle Peninsula.

Hiking the beach to Castlegregory, the Dingle Way 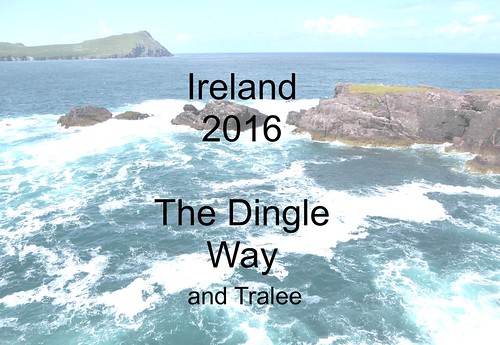 In our excitement about things seen we couldn’t help but share a glimpse of Ireland but our next post will take us back to nature in central Ohio.